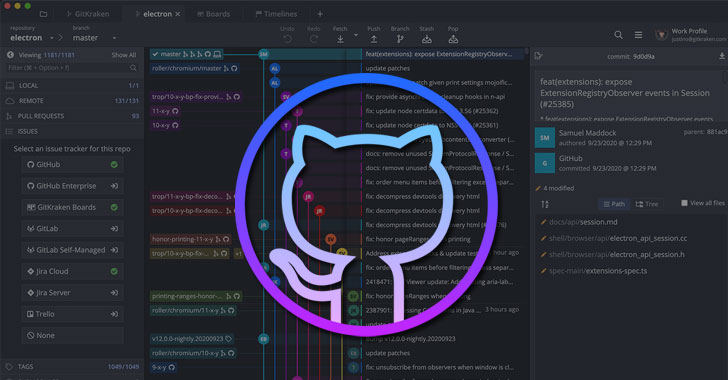 Code hosting platform GitHub has revoked weak SSH authentication keys that were generated via the GitKraken git GUI client due to a vulnerability in a third-party library that increased the likelihood of duplicated SSH keys.

The problematic dependency, called “keypair,” is an open-source SSH key generation library that allows users to create RSA keys for authentication-related purposes. It has been found to impact GitKraken versions 7.6.x, 7.7.x, and 8.0.0, released between May 12, 2021, and September 27, 2021.

But due to a bug in the pseudo-random number generator used by the library, the flaw resulted in the creation of a weaker form of public SSH keys, which, owing to their low entropy — i.e., the measure of randomness — could boost the probability of key duplication.

“This could enable an attacker to decrypt confidential messages or gain unauthorized access to an account belonging to the victim,” keypair’s maintainer Julian Gruber said in an advisory published Monday. The issue has since been addressed in keypair version 1.0.4 and GitKraken version 8.0.1.

Axosoft engineer Dan Suceava has been credited with discovering the security weakness, while GitHub security engineer Kevin Jones has been acknowledged for identifying the cause and source code location of the bug. As of writing, there’s no evidence the flaw was exploited in the wild to compromise accounts.

Affected users are highly recommended to review and “remove all old GitKraken-generated SSH keys stored locally” and “generate new SSH keys using GitKraken 8.0.1, or later, for each of your Git service providers” such as GitHub, GitLab, and Bitbucket, among others.

Ubisoft was testing a Splinter Cell-style game before E3 2021

Basics of Antenna Array For Beginners